The Philippine Pavilion exhibition was selected through a democratic process of an open call for curatorial proposals. A select panel of jurors, both international and local, was invited to review and deliberate on the blind proposals to select the most fitting proposals to be the official representation of the Philippines in the Venice Biennale. 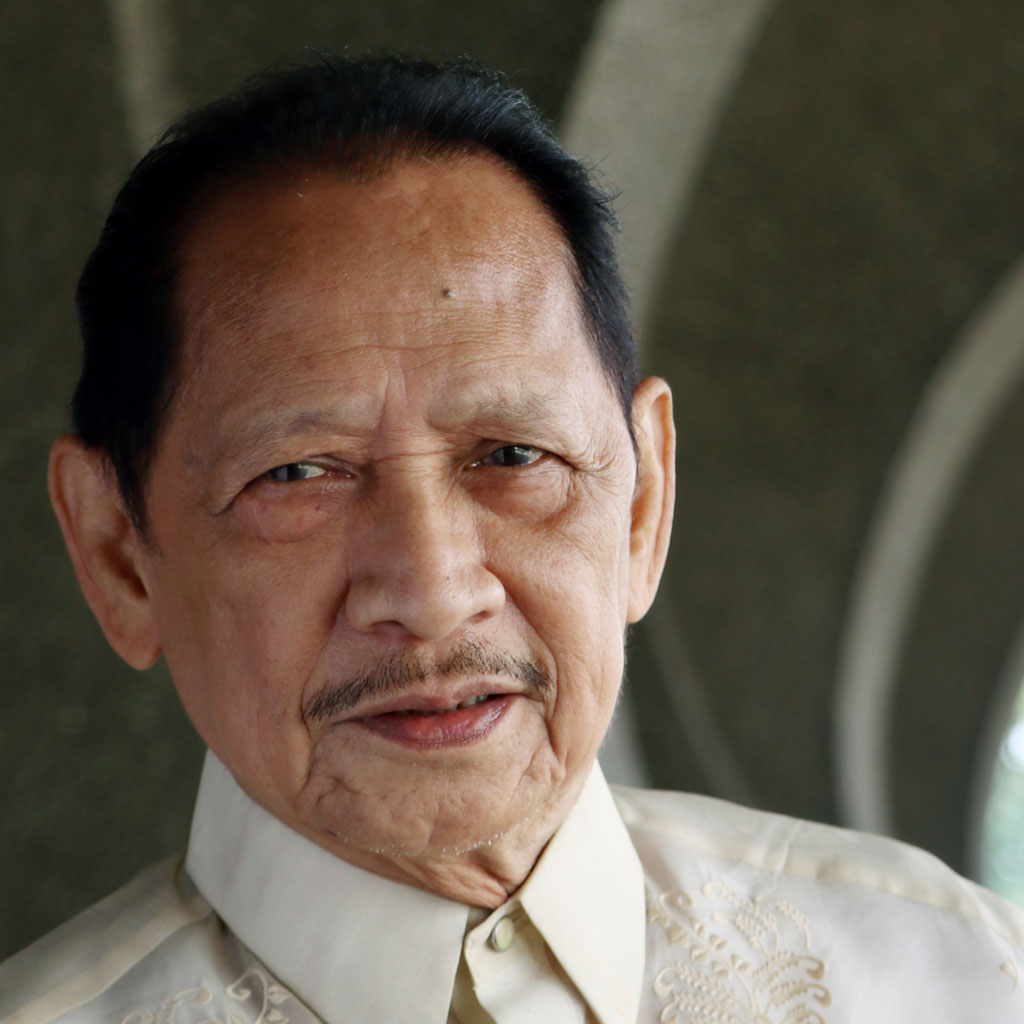 Steeped in Western and Filipino literary classics, Nick J. Lizaso joined the Filipino film industry with a formidable background as a theater actor and director.  He was a recipient of the British Council Grant Attachment with the Nottingham Playhouse and the Royal Shakespeare Company (London and Stratford-on Avon), as well as a Fullbright-Hayes Travel Grant to the U.S. on theater arts, film and television.

The discipline of the theater and the experience of interpreting the soul and genius of such world literary giants as Shakespeare, Cervantes, and Sophocles had given him the fine blend of heart and mind that was useful to a meaningful career in television and the cinema, which he later pursued.  A leading figure in the Directors Guild of the Philippines, he was President of the Guild from 1983 to 1985.

His success as a communicator may be observed in his ability to strike a balance between education and entertainment.  In all his works, he always strives for that spark of learning, that insightful message that is inherent in all forms of communication.

He is currently the President of the Cultural Center of the Philippines (CCP) since 2017 and was elected Chairman of the National Commission for Culture and the Arts (NCCA) in 2020. 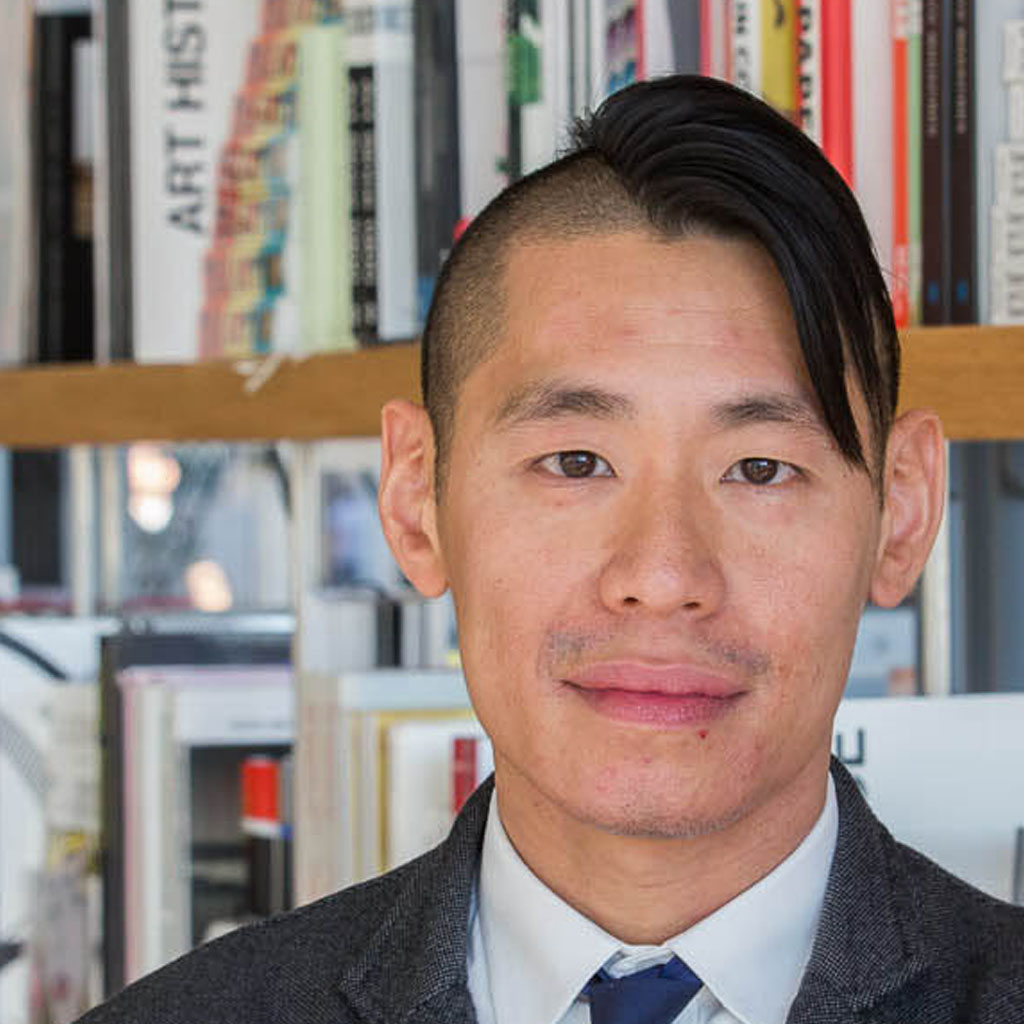 Christopher Y. Lew is the Nancy and Fred Poses Curator at the Whitney Museum of American Art. Lew oversees the emerging artist program at the Museum and was co-curator of the 2017 Whitney Biennial. Working with Ambika Trasi, he is co-curator of Salman Toor: How Will I Know. Lew has also organized Pope.L: Choir (2019), Kevin Beasley: A view of a landscape (2018), and mounted the first US solo exhibitions for Sophia Al-Maria, Rachel Rose, and Jared Madere. He also organized Lucy Dodd’s large-scale installation that was part of the exhibition Open Plan (2016) and was co-curator of the group show Mirror Cells (2016). Prior to joining the Whitney, he was Assistant Curator at MoMA PS1 and organized numerous exhibitions there. Lew has contributed to several publications including Art AsiaPacific, Art Journal, Bomb, Huffington Post, and Mousse. 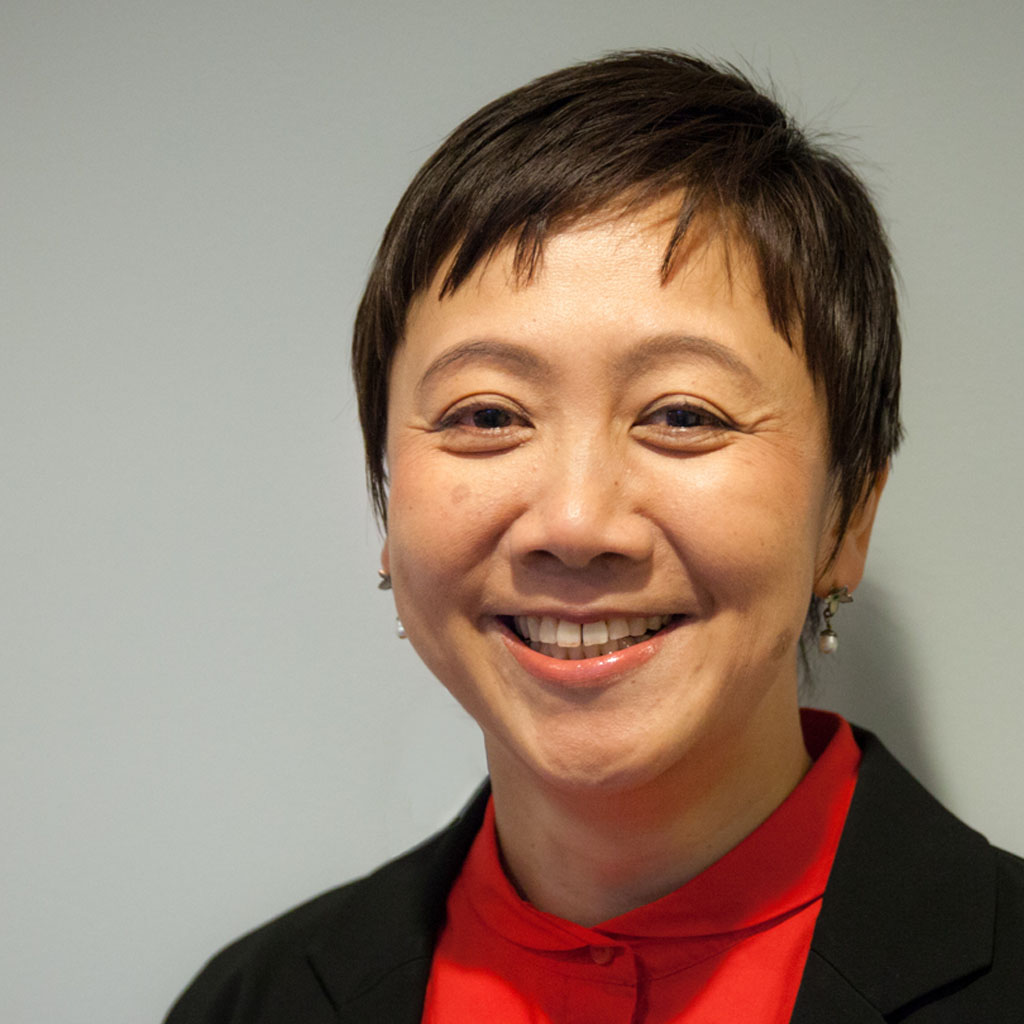 Yukie Kamiya is Director, Japan Society Gallery, New York. Since joining late 2015, she has introduced art in Asia and Asian theme with an interdisciplinary approach and curated exhibitions including Yasumasa Morimura: Ego Obscura (2018), Hiroshi Sugimoto: Gates of Paradise (2017), and Simon Staring: At Twilights (2016).

As a curator and writer, Kamiya has also organized exhibitions internationally. She served co-curator of 12th Shanghai Biennial, ProRegress (chief curator: Cuauhtémoc Media/2018-19); Discordant Harmony: Critical Reflection of Imagination of Asia (toured to Seoul, Hiroshima, Taipei and Beijing/2015-2018); Re:Quest Japanese Contemporary Art since the 1970s (at Museum of Art, Seoul National University/2013); and curated monographic exhibitions of Suh Do Ho, Yoko Ono, Cai Guo Qiang (all at Hiroshima MoCA) and others. In 2011, Kamiya received the Academic Prize bestowed by the National Museum of Western Art, Tokyo for her curatorial achievement.

Her writings have appeared in periodicals and in publications including Hiroshi Sugimoto (Skira/Rizzoli, 2017), Ravaged – Art and Culture in Times of Conflict (Mercatorfonds, 2014), California-Pacific Triennial (Orange County Museum, 2013) and Creamier: Contemporary Art in Culture (Phaidon, 2010). Kamiya has served on selection committees including for Cultural Affairs of the Japanese and Tokyo metropolitan governments, DAAD, Hermes Korea and the Rolex Mentor and Protégé International Program.

Studied art history at Waseda University, Tokyo, she was Visiting Professor at the university from 2008-2013. Prior to her current position, she was Chief Curator of Hiroshima MoCA, Japan and Associate Curator of New Museum, New York. 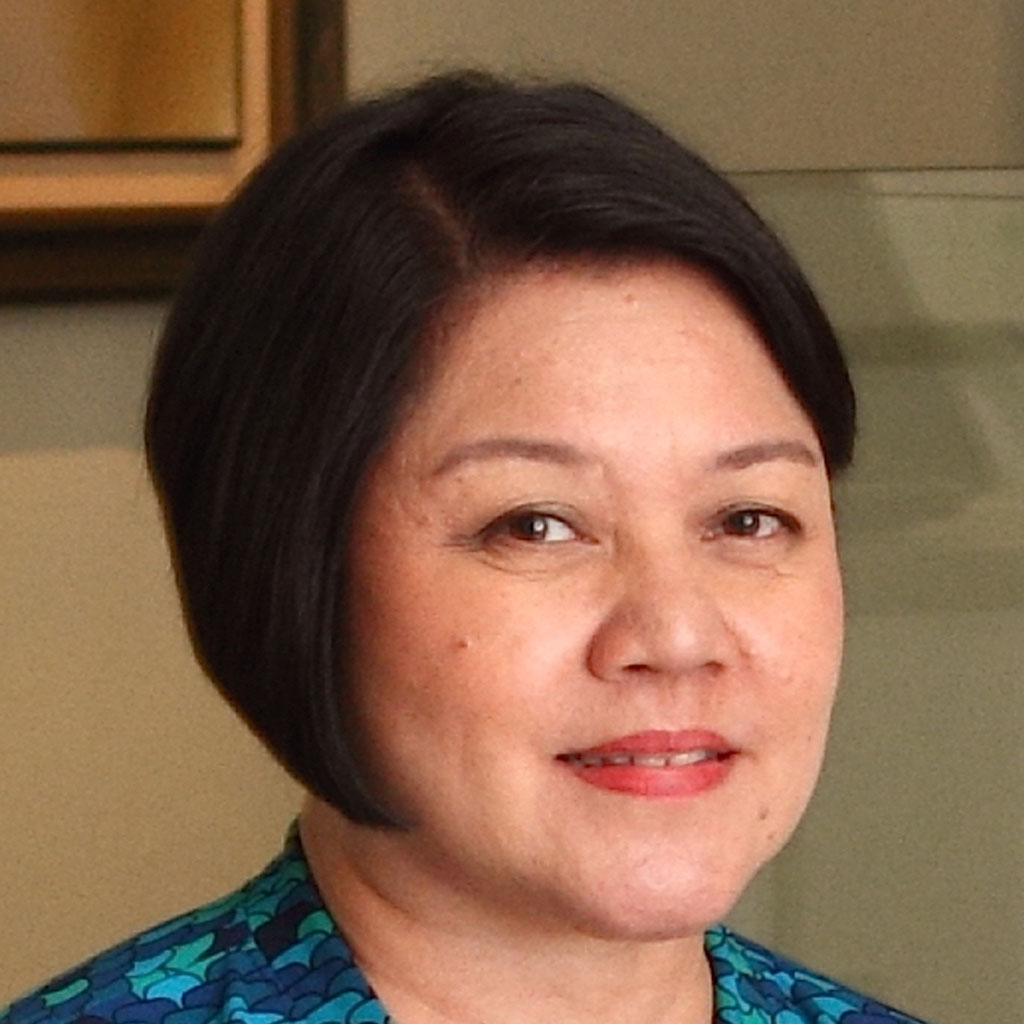 Since she joined the Ayala Museum in 2012, it has undergone renewed dynamism through astute programming to engage audiences. In 2015, she led the Ayala Museum in its collaboration with Asia Society Museum in New York to mount the successful exhibition “Philippine Gold: Treasures of Forgotten Kingdoms.” In 2017, under her leadership, Ayala Museum was the first Philippine museum to participate in the prestigious Venice Biennale with the exhibition “Fernando Zóbel. Contrapuntos”. In 2019, when it closed for renovation and in response to pandemic, she has led the museum in maintaining a dynamic presence online, enabling it to reach a wider audience, both here & abroad. 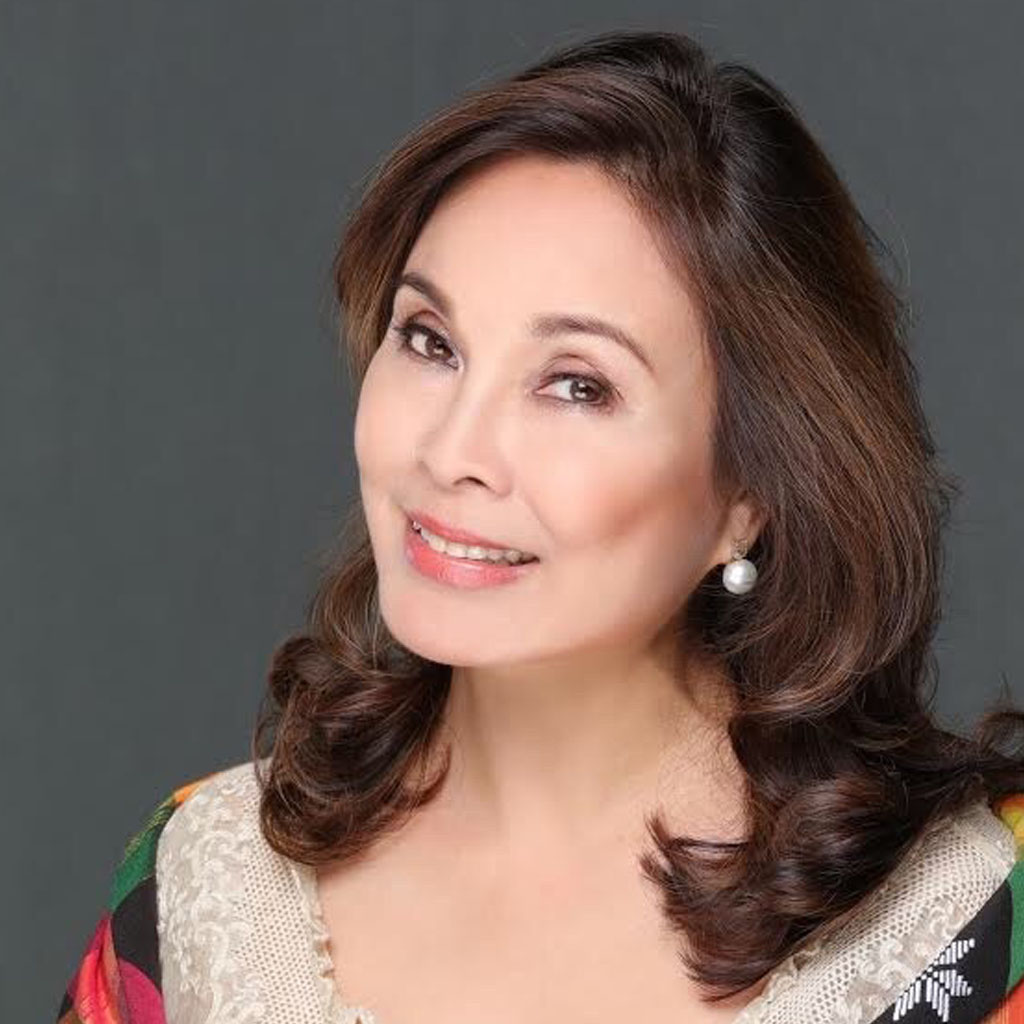 Juror, deliberation for the Philippine participation at the 59th Venice International Art Biennale.

Senator Loren Legarda has long been an advocate of cultural preservation. She has supported Schools of Living Traditions, sponsored the documentation of indigenous knowledge and traditional practices, and organized regional assemblies and the first national indigenous cultural summit that served as avenues for dialogues between the IPs and the various sectors of society.

She has been engaged in efforts to revive the age-old tradition of weaving, creating the country’s first permanent textile gallery, Hibla ng Lahing Filipino at the National Museum; leading the launch of the Hibla Pavilion of Textiles and Weaves of the Philippines, which displayed different weaving traditions; and supporting the National Museum’s Lecture Series on Philippine Traditional Textiles and Indigenous Knowledge. Senator Legarda also initiated the creation of the Museum’s Baybayin Gallery and Manlilikha ng Bayan Gallery.

A cum laude graduate of the University of the Philippines and National Defense College of the Philippines topnotcher, Legarda is an awardee of the Ten Outstanding Young Men (TOYM) and The Outstanding Women in the Nation’s Service (TOWNS). Her inspiring advocacy on environmental protection has earned her global recognition. She is named as among the Global Leaders for Tomorrow by the World Economic Forum, a Laureate and in the Global 500 Roll of Honor in the UN Environment Programme, and UNDRR Global Champion for Resilience. In recognizing her commitment to the fight against climate change and to the promotion of culture and heritage, the French Government bestowed upon Legarda the title of Knight in the French National Order of the Legion of Honor. She has also been recognized by the Italian Government, with the title Cavaliere, and has received the Award of Distinction from the European Union.

It was also through her vision and leadership that the Philippines is now actively participating in the Venice Biennale, one of the most prestigious cultural institutions in the world. The country returned to the 2015 Art Biennale, 51 years after its first participation in 1964; and participated, for the first time, in the 2016 Architecture Biennale. The participation of the Philippines has been consistent to date.